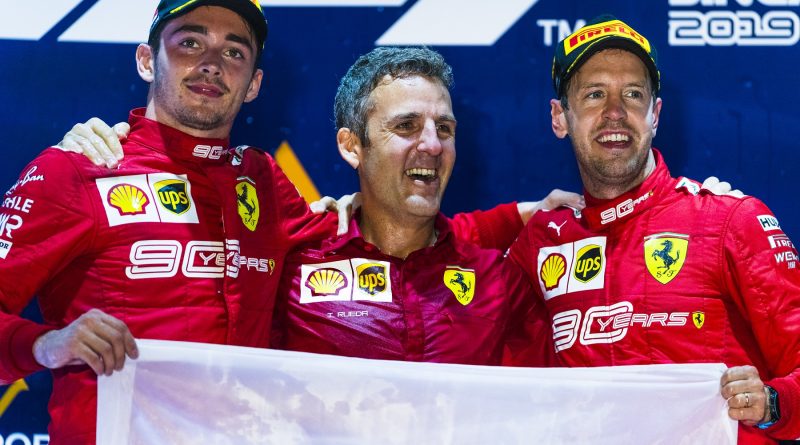 Sebastian Vettel was back on top form at the brightly lit night time race which took place at Singapore’s  Marina Bay circuit. Vettel was lucky and this time team mate Charles Leclerc was not, the German going into the pits first won him the chance of taking the lead away from Leclerc, who had controlled the early part of the race in very mature fashion. The Monogasque was clearly disappointed to not get a hat trick win, while Vettel in car number five enjoyed his 5th win at this difficult street circuit. The Mercedes duo, Lewis Hamilton and Valterri Bottas  had the limelight taken away from them and were even beaten by Red Bull’s Max Verstappen after another top drive in his Honda powered car. He was third man on the podium but was not that far ahead of the Silver Arrows team who chased extremely hard right to the end, with Hamilton 4th and Bottas 5th, just four and a half and 6 seconds respectively behind the winner.

It had been a very hot and demanding race where overtaking is possible but not easy. Seventeen super fit but  very tired men finished the 61 lap //km race in one and a half minutes under two hours! The mechanics had little time to rest as they had to pack up quickly for the rush off to the Russian Grand Prix just a week away, such are the antics of the Grand Prix circus!