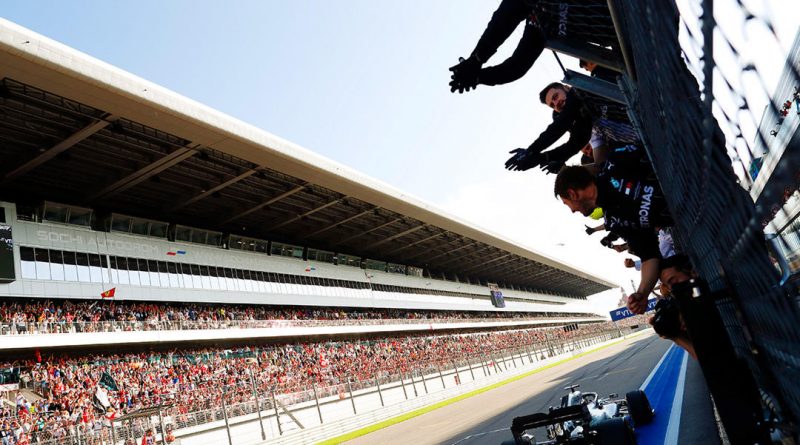 Lewis Hamilton and Valtteri Bottas swopped places with Sebastian Vettel and Charles Leclerc simply because Mercedes were lucky and had a better strategy. The Ferrari’s were clearly the faster cars but the lead they had built up on the Mercs were eaten away by the intervention of the safety car and a tyre decision which gave them an advantage in the latter part of the race. Leclerc was also displeased with team mate Vettel after allowing him to draft past and then disappear into the distance without returning the favour. Fortunately mature sense prevailed and they made up after the race. Unfortunately however Sebastian’s car gave up the ghost when the electric power plant failed, otherwise it would have been 2x2x2 instead. Max Verstappen was 4th after another wonderful drive from 8th on the grid with team mate Alexander Albon 5th. The two McLaren  Renault’s gave another good account of themselves finishing 6th and 8th with Saintz ahead of Norris this time, sandwiching Sergio Perez in 7th spot.

Kevin Magnussen in the sole surviving Haas Ferrari finished 9th (Team mate Romain Grosjean did not finish after an early accident) and Nicco Hulkenberg was also a sole survivor in his 10th placed Renault. Team mate Daniel Ricciardo got a DNF after giving it great guns for the first half of the race.

The Sochi Autodrome is a great place for an F1 race as well as being very challenging to the drivers. The next race is at the very technical and equally challenging circuit in Suzuka, Japan. The cars have advanced at an unrelenting rate this year, very noticeably, Ferrari, Renault, McLaren and Red Bull Honda. It will be very interesting to see if this pace of progress can be maintained for the remaining part of the season. The Suzuka race takes place in a fortnights time.