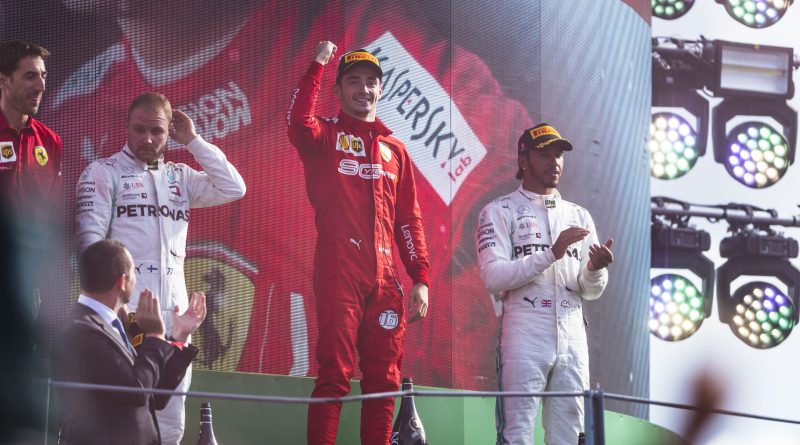 Charles Leclerc gave us a terrific performance to fend off both Valtteri Bottas and Lewis Hamilton in their Mercedes’s. Hamilton was the first to take the battle to Leclerc but try as he might he just could not get passed a pretty wide Ferrari. When the Brits tyres wore out it was team mate Bottas’s turn to try unsettling the young man from Monaco but he also failed and a huge number of Tifosi saw their man take the chequered flag! It really was a great drive by Leclerc who, after two wins in a row is virtually a national hero.

The Renault team seem to have taken a big stride forward with both Daniel Ricciardo and Nico Hulkenberg giving a good account of themselves into 4th and 5th positions. Renault power is now very close to that of the top three teams (Mercedes, Ferrari and Red Bull). Both Red Bull drivers Alexander Albon and Max Verstappen were in 6th and 8th places respectively which confirmed a very good effort by Verstappen who had started at the back of the grid due to an engine change penalty. Sergio Perez gave another good account of himself in the racing point Mercedes, finishing 7th and Antonio Giovinazzi together with Lando Norris brought up the rear point scoring positions in the Alfa Romeo and Mclaren Renault. Sebastian Vettel had a difficult race and was penalised after spinning off for coming back on to the track in the path of Lance Stroll.

It had been an exciting and at times nail biting race, we now have a two week gap to the Singapore night race under blazing lights!