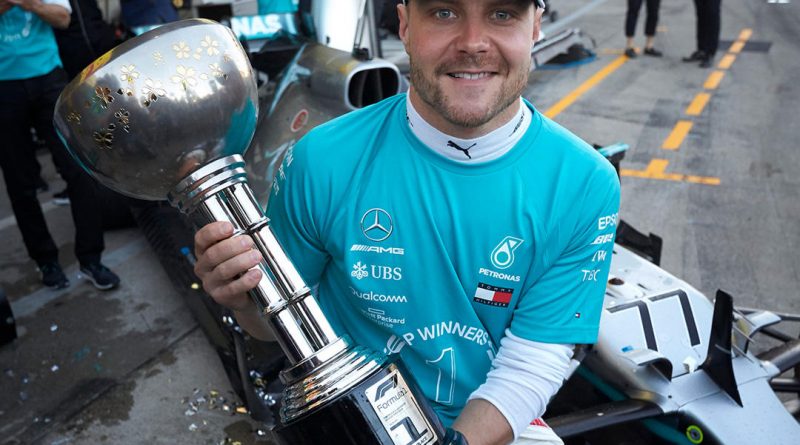 Valtteri Bottas was at his best in Japan last Sunday and together with Lewis Hamilton in 3rd position, helped Mercedes clinch the Constructors Championship. Sebastian Vettel was disappointed to bring his Ferrari home in 2nd spot after the two Prancing Horses had started from the front row of the grid. Unfortunately Vettel faltered at the start giving Bottas the chance to shoot into the lead which he held for most of the race. Team mate Charles Leclerc also had an unlucky race finishing only 7th after being penalised for knocking Verstappen off the track! It certainly was a race of mixed fortunes but brought some new faces to the leading positions. Alexander Albon drove an excellent race after matching Max  Verstappen’s time in qualifying and finished just 10 seconds ahead of Carlos Sainz’s McLaren Renault in 4th and 5th positions respectively. Daniel Ricciardo also drove a wonderful race in a not yet top notch Renault in 6th place, showing us that the French team is also moving upwards.

Behind Charles Leclerc came Pierre Gasly in the Toro Rosso Honda 8th and the last two point scoring places were filled by Sergio Perez in the racing point Mercedes and Nico Hulkenberg in the other Renault. The Typhoon had caused qualifying and the race to be held on Sunday and it proved an eventful and very full day! Ferrari once again were unable to close the deal after showing so much potential in qualifying. Tyre strategy once again went the Mercedes way.

The next race in Mexico takes place on the 27th October and it is very likely that the World Championship will be decided then unless Bottas beats Hamilton once more.