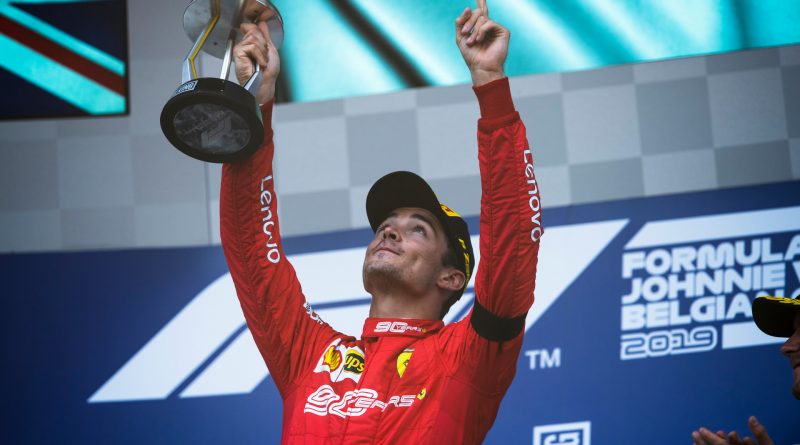 It was a weekend of sadness mixed with joy. Charles Leclerc lost a close friend when, in the Formula 2 race Anthoine Hubert was killed in a tragic and unusual accident. His car slid off the track but bounced back into the path of the coming cars, causing the fatal accident. Leclerc dedicated his race win to his friend.

The man from Monaco drove a great race in his Ferrari to win but, Hamilton was right behind (Less than 1 second Gap) at the finish. It was an exciting chase by the Brit with his team mate third on the podium just 11 seconds further behind! This was a good comeback from the Silver Arrows team after both Ferrari’s had dominated in practice. Unfortunately for Sebastian Vettel his early tyre stop did not work out and he could only make it home in 4th position.

Alexander Albon drove a good debut race in his Red Bull finishing 5th, but his exciting team mate Max Verstappen was out of the race and into the barriers soon after the start and we lost the spectacle of the Flying Dutchman giving us another exciting performance. Sergio Perez and Danill  Kvyat  finished very close behind Albon , all being involved in a good tussle together in 6th and 7th positions while the next trio also in a close battle namely Nico Hulkenberg, Pierre Gasly and Lance Stroll were in 8th, 9th and 10th places.

Spa always provides us with a good race and offers the drivers a huge challenge at getting the most out of their cars around this magnificent high speed circuit.

It is great to see Ferrari back in contention just as we move to Monza for their home race. It should be another very exciting event with the Tifosi in their element as they cheer their beloved Red cars on for a potential home victory this coming weekend!