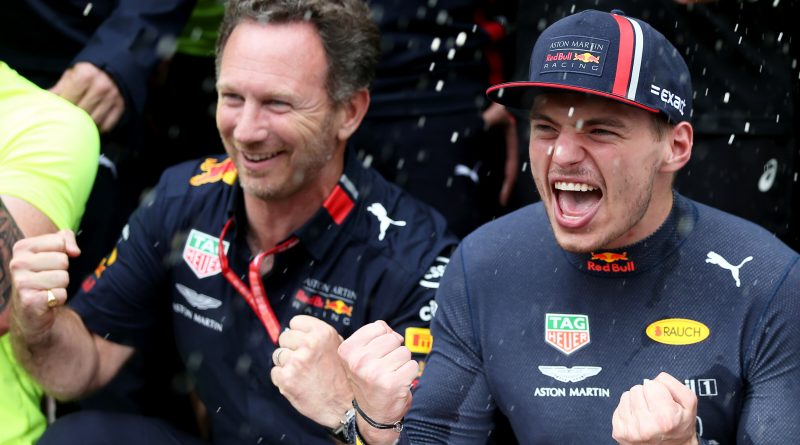 Who were the Hero’s at Hockenheim? Without a doubt we must count all three drivers as they each did so much more than their usual bit. Max Verstappen drove another blinder of a race after getting too much wheel spin at the start of the race which pushed him back to 4or 5 places! This set the Red Bull demon alight and relentlessly he chased until he was eventually in the lead. It was another epic race from the Dutchman. Second at the finish was Sebastian Vettel after a fantastic drive from the back of the grid. He battled at first with the very adverse conditions but once he and his tyres warmed up the red mist prevailed and nobody but Verstappen could touch him. Danill Kyvat also gave us a fantastic performance on Saturday he put his Toro Rosso 14th on the grid while his wife produced their first baby a Boy! It was 1st,3rd and 6th for Honda with Alexander Albon bringing up the 6th spot. The Japanese engine supplier is very excited about their recent progress and promises more to come especially after Hungary, nothing succeeds like success!

Both of the Silver Arrows Hero’s were deposed from their usual front running positions, with Valtteri Bottas crashing out and Lewis Hamilton finishing only 11th after six pit stops and what was a terrible race performance from him. Also out of the running was Charles Leclerc who spun off into the barriers just when he had started to fly in the 2nd Prancing Horse.

This coming weekend after only a seven day gap is the Hungarian Grand Prix which should see the top three teams of Mercedes, Ferrari and Red Bull, very close to each other, expect another great race.