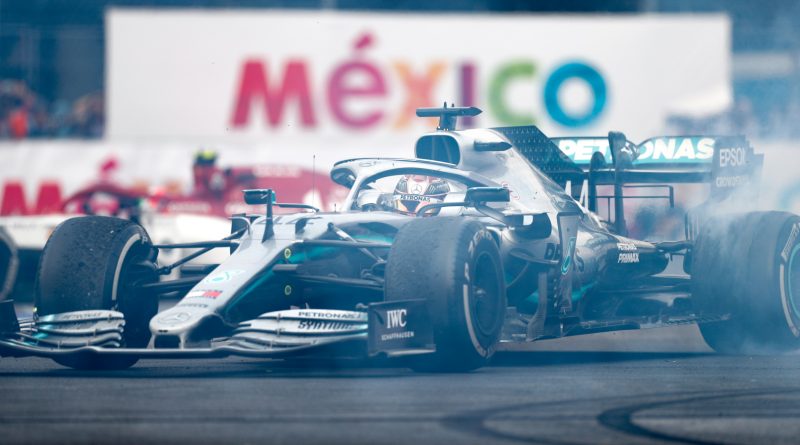 Lewis Hamilton was in a class of his own, doing an unusual one stop strategy to win the Mexican Grand Prix. He tangled with Max Verstappen on the first lap sending Max into the pits for repairs but he managed to carry on unscathed and pipped Ferrari’s Sebastian Vettel to the flag. Verstappen’s demise to the rear of the field was a big disappointment after showing such promise in his Red Bull Honda during qualifying. After taking pole position he was given a three place penalty for not slowing down when Bottas went off the track to bring the yellow flags out.  Again Ferrari had a quicker car in qualifying but the Mercedes team out witted them with cleverer strategy! It was therefore Mercedes first and third and Ferrari second and forth (Valterri Bottas 3rd with Charles Leclerc behind him) Alexander Albon drove another good race into 5th position and Verstappen recovered to 6th behind his team mate in the end.

Valterri  Bottas still has a very feint chance of beating Hamilton in the Championship so that this decision will probably only happen at the USA Grand Prix on 3rd November in just one week’s time.