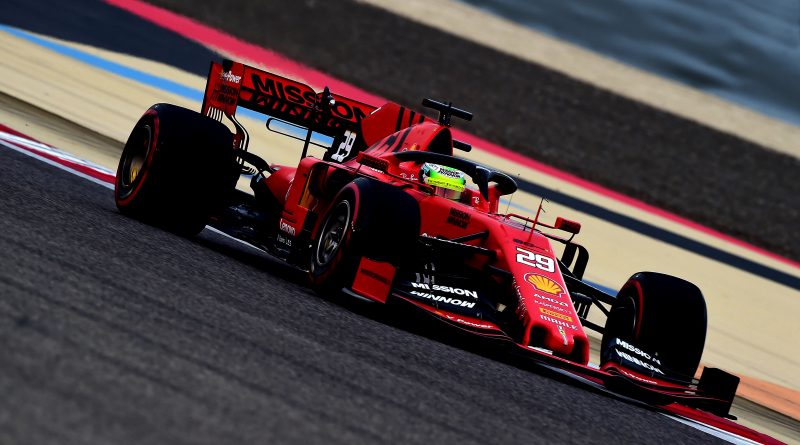 On Sunday 17th of March we should again know who is who in the Grand Prix Zoo! There have been quite a lot of changes to the cars and we recently had two weeks of testing which I think failed to show the true form of each team. The truth shall be told at qualifying early in the morning on Saturday. First for the changes:-  On the Tyre front at each race there will only be a choice of three colours, white, yellow and red for hard, medium and soft tyres. Although the variations run from C1 to C5 only three of the five types will be available at each event, hence the simplification. Scrutineering is now dispensed with. It is left to the teams to thoroughly monitor all regulations, only spot checks will be done by the organisers. The fastest lap will now earn a top ten finisher and extra point, and car minimum weights are up to 740kgs with an “80kg driver”. Fuel tankage increases from 105kgs to 110kgs and three red lights will now be employed at the back of the cars in the event of bad weather. Front and back wings have been altered to specifically improve close racing and are higher and wider at front and back. The drag reduction system (DRS) opens 20% more giving the equivalent of 25% more power! Barge boards are smaller and brake ducts simpler. Mirrors and cameras are altered to improve the view for both driver and spectator.

WHAT ABOUT THE RESULTS?

Observations from testing allow me to guesstimate that the cars are going to be quicker this year despite the less sophisticated front wings etc., I also note that Mercedes arrived with a somewhat different car for the 2nd week of testing which leads one to wonder whether they will have two cars this year for faster and slower circuits? The former a car with parallel or almost zero rake and the latter car with it’s tail up and nose down at an angle of attack or positive rake. Rake has become a new feature of the modern F1 car. It originated with Red Bull and was followed by all the other teams except Mercedes last year. The positive rake creates more under car downforce particularly at the rear but also more drag.  The new Ferrari appears to be very quick aided by the dash of young driver Charles Leclerc who I think will bring out the best in Sebastian Vettel. Mercedes really should also be right up there and we will had to see whether some of their poor testing performance was sandbagging? It would also appear that Red Bull still need to find some new Honda Horses to be the force to reckon with, which they should be.

On the driver front, Kimi Raikkonen has joined Antonio Giovinazzi at Alfa Romeo (Ex Sauber) while Leclerc replaces him at Ferrari. Max Verstappen is joined by Pierre Gasly at Red Bull and the new Pairing at Williams is Robert Kubica and George Russel, McLaren have Carlos Sainz and Lando Norris on board while Force India, now called racing point has Lance Stroll joining Sergio Perez at Renault we now have Daniel Ricciardo joining Nico Hulkenberg. Mercedes is unchanged but Toro Rosso now pairs Daniil Keyat and Alex Albon otherwise as before.

Please check broadcast times but as far as I can see it appears that Saturday’s qualifying  will be at 7am and Sunday’s race at 6am. Enjoy the new challenges!