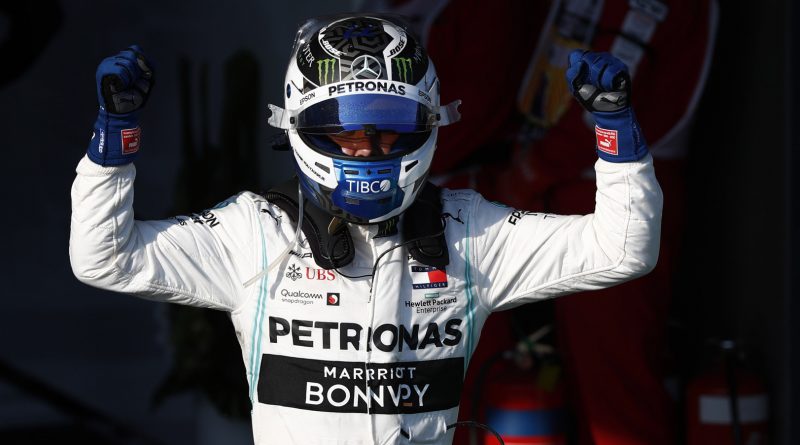 Valtteri Bottas was quick in qualifying and went like a rocket in the race. He said that it was his best ever performance and set up fastest lap for a full 26 points in the championship. Lewis Hamilton was a bit mystified by the magic of his team mate and was a little subdued particularly since he had a superfast Red Bull roaring at his heels. Max Verstappen was great and drove a wonderful race in his Honda engine car which is now showing real potential. At times he was half a second behind Lewis but could not get by at this very difficult to overtake track. So that was the exciting end to the podium result.

The two Ferrari’s were a bit of a disappointment although they did finish 4th and 5th (Sebastian Vettel then Charles Leclerc) We hope they can do better for the Bahrain race in two weeks time! From sixth to eighth position was an extremely close fought race with Kevin Magnussen in the sole remaining Haas 6th, Nico Hulkenberg 7th in the Renault and Kimi Raikkonen in the Alfa Romeo 8th. Kimi drove a difficult but good race! Lance Stroll in the Racing Point (Ex Force India) was 9th and in the last point earning position was the Russian Daniil Kvyat home 10th.

It was a good race which was very competitive say for the Prancing Horses and the new rules worked well except that those designed to make overtaking easier didn’t have much chance at this difficult to pass track. Bahrain should be a lot different. Now that we know who’s who in this year’s zoo we can concentrate on some of the in fighting and technical aspects in future races, suffice to say however that the new Mercedes technically now has a greater angle of attack, but not quite as much as the other cars. I will preview Bahrain next week.