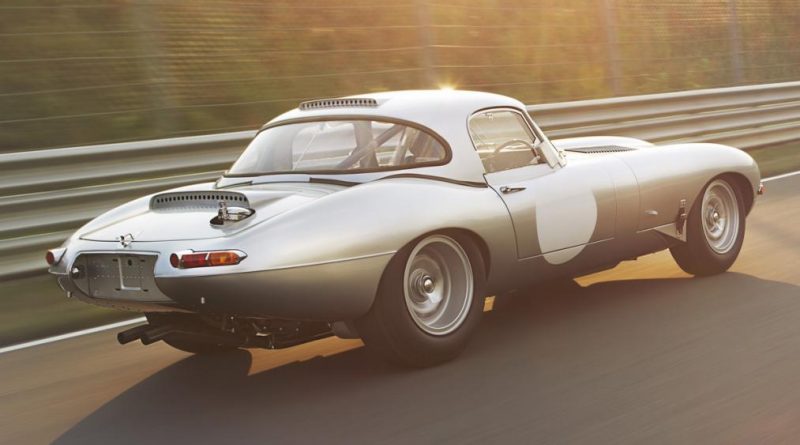 Jaguar is undoubtedly one of Britain’s most successful marques in its motoring history – and possibly their most well-known model was the E-Type. Launched in 1961 at the Geneva motor show, the E-Type stunned the world with its striking looks, racing heritage and remarkable affordability. It was a car that left rivals Aston Martin and Ferrari shaking in their boots; the great Enzo Ferrari went so far as to declare the E-Type as “the most beautiful car ever made.”

On the back of the car’s success the company allocated 18 chassis numbers to a series of all-alloy, racey, lightweight E-Types in 1963, built to continue the racing success of the D-Type. Jaguar only got round to building 12, with the cars having several appearances at Le Mans and Sebring with the likes of Graham Hill, Jackie Stewart, Roy Salvadori and Briggs Cunningham behind the wheel, but largely without success.

Those mathematically gifted readers will have realised that six chassis numbers went unused. Until now that is, as Jaguar’s Heritage Business arm have decided to finish the production run using numbers assigned but unused in the 1960s.

The six models will be built to the exact specifications of the 1960s originals, including the dry-sump aluminium-block 3.8-litre straight six engine and the aluminium body. This goes alongside the minimalised interior trim, reduced exterior chrome and super-slim windows that went to keep the kerb weight 114 kg under the regular E-Type.

Director of the Heritage Business Derek Weale said, “The E-type is an iconic car, and the Lightweight E-tpe is the most desirable model of all. To be able to complete the intended production run of 18, some 50 years after the last Lightweight was completed, is an opportunity we couldn’t miss.”

Why Jaguar never got round to building these in the first place, we’ll never know. But I think it’s marvellous that the company maintains a Heritage division that is willing to tackle such projects; thereby maintaining the essence that has made Jaguar one of the world’s most desirable brands.

Of the 12 originals, it is believed that only 11 are still in existence. They don’t come rarer. A point proved by sales of a few of the original cars, where cheques have been written in excess of R15,000,000. So while prices won’t be announced till later this year, I can’t see the final six being a bargain.