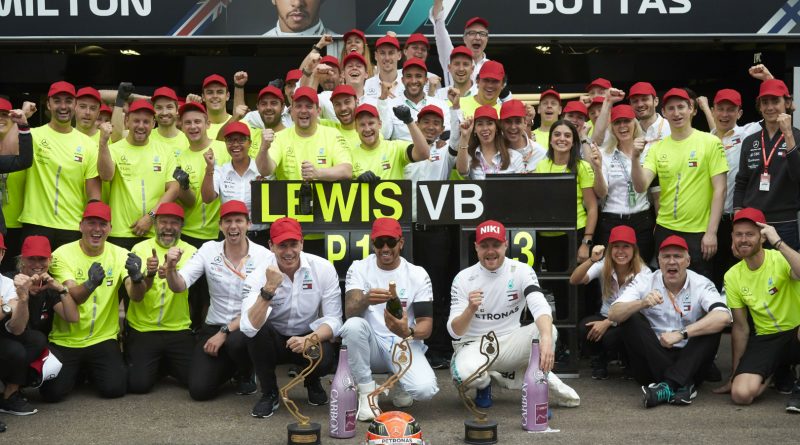 Although Lewis Hamilton led the entire second half of the race it was nail biting to see Max Verstappen snapping at his heals all the way to the finish line just half a second behind at the chequered flag, Verstappen was definitely my driver of the day. But unfortunately got a five second penalty for bumping Bottas on his way to the front. As a result of this Vettel finished 2nd with Bottas 3rd and poor Max classified 4th.

After the podium finishes and Verstappen came Pierre Gasly in the other Red Bull, Carlos Sainz drove very well to beat his team mate in the other McLaren. Norris finished 11th out of the points while Toro Rosso with Daniel Kyvat and team mate Albon were 7th and 8th NB all four Hondas in the top 8 positions. Daniel Ricciardo was 9th in his Renault and Romain Grosjean 10th in the last points scoring position.

It was a great race despite the extremely difficult overtaking positions at Monaco. Hamilton had tyre problems which made his job much harder but had managed to keep Verstappen at bay for most of the race.

It is now a trip across the Pond to Canada for a another Potentially exciting race now that Mercedes, Ferrari and Red Bull are so closely matched. The great circuit which is hard on brakes on the beautiful Ile Notredame should produce another great challenge.