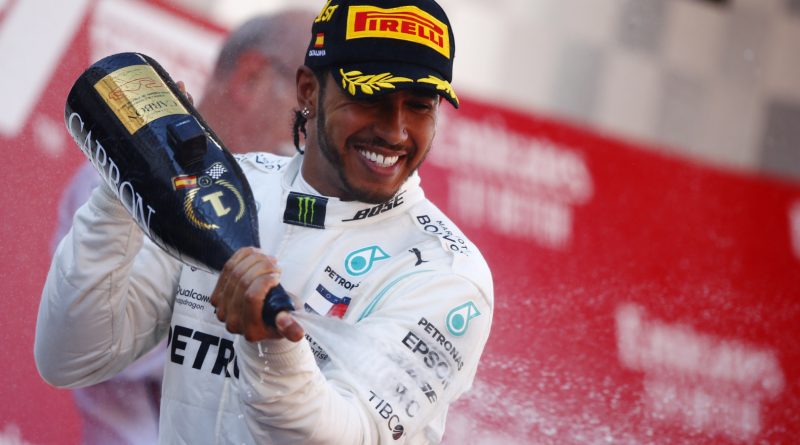 It was five times two equals ten! The Barcelona result for Mercedes means ten of the top two places for every one of the five races so far this year! The Silver Arrows seem invincible this year and leave Ferrari scratching their heads. This time Lewis Hamilton lead Valtteri Bottas to the flag after the latter had obtained pole position. Both drivers had a very good race but Bottas was quite obviously disappointed in having to accept 2nd place this time. Max Verstappen also drove a very good and aggressive race into 3rd spot on the podium keeping the demoralised Blood Red Ferraris at bay for the whole race. Honda need just a little bit more power to challenge Mercedes on an equal basis , so the competition is hotting up!

After all of this, poor Ferrari led by Sebastian Vettel cruised home in 4th and 5th positions, Charles Leclerc following his senior leader home this time. The cars are fast but their strategy has not always been consistent or the best. Pierre Gasly in the other Red Bull racing Honda also gave a good account of himself to finish 6th some distance ahead of Kevin Magnussen in the quick Haas Ferrari. Carlos Sainz was the best of the McLaren twins  and finished 8th (McLaren team mate Lando Norris unfortunately retired on lap 44) also more than 30 seconds ahead of Danill Kvyat in the first of the two Torro Rosso Hondas (The other Torro Rosso car driven by Alexander Albon was the first car out of the points in 11th place), while Romain Grosjean brought his Haas Ferrari home in the last point scoring place 10th.

The Circus scene now heads for the diamond in the crown at Monte Carlo in a fortnight’s time where everything will depend on qualifying positions at the round the houses track where overtaking is so difficult. What it however lacks in spectacle, it makes up for in glamour. So roll on this next race full of atmosphere and entertainment.